From the Archives: Journalists in Love

For some of us, The Daily Californian is a go-to source for independent reporting on anything Berkeley-related. For others, however, the Daily Cal is synonymous with love. For this special newsletter, we spoke to couples who met and fell in love while working at the Daily Cal.

In December, Sarita Henderson Smedberg, the first female editor in chief of the Daily Cal (summer of 1940), died at the age of 99. She had met her husband, Renwick Smedberg,when they both worked at the Daily Cal. The two were married for 75 years before Renwick died earlier in 2017 at 100 years old.

“She loved to tell the stories of her past. And, you know, she did a wonderful job of that,” said Laurel Smedberg Ludden, their youngest daughter. “So we enjoyed hearing all the stories of the people in her past, and it was a long past, so there was a lot for her to tell us about.”

This news inspired us to talk to other Daily Cal couples:

In the fall of 1973, Laura was just back from her junior year abroad in Italy. I was a sophomore. I was the night editor at the paper, responsible for getting the headlines written and working with the back shop to paste up the pages. (This was back in the typewriter days. The production was photo offset.)

We worked together and then were in a “lovers” relationship (we didn’t use the word “dating” anymore as that had become old-fashioned) for about six months before I took off for my junior year abroad in England in the fall of ’74. I got back from Europe about a year later. Meanwhile, Laura graduated and got her first job on the Davis Enterprise as the “society editor,” which seemed like a funny assignment for Laura the radical feminist. 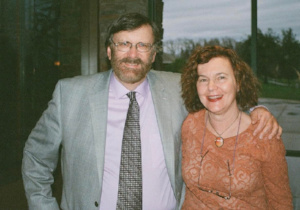 We got married in 2003, which proves that:
1) Old flames never die.
2) We have trouble meeting new people.
3) A combination of the two.

Not at the Daily Cal. But we did have a blast working together for the Chronicle in Rome in 2005 when I was there covering the funeral of Pope John Paul II and the election of the new pontiff. Laura is fluent in Italian, and I was semi-fluent in the workings of the mysterious Vatican, so we were quite a team.

We didn’t really work on a story together, but we did have a somewhat infamous experience with the Patty Hearst kidnapping saga.

On the evening of Feb. 4, 1974, we were working at the paper and heard that there was some unusual police activity over on Benvenue Avenue near College Avenue. I sent a reporter over there, who came back and told me that it was just a “domestic dispute.” The cops and the Hearst family were trying to keep a lid on the story, which was not in the morning papers, supposedly to protect Patty, but the result was that that afternoon the Examiner broke the story. We wouldn’t have honored that agreement and could have been the ones to break the story.

The next morning, Laura was one of the first people in the newsroom when the AP wire machine rang five bells, indicating that a major story was about to come over the wire. So Laura and Dave Flores, the managing editor, were standing over the machine as it typed out “U-R-G-E-N-T … B-E-R-K-E-L-E-Y …” 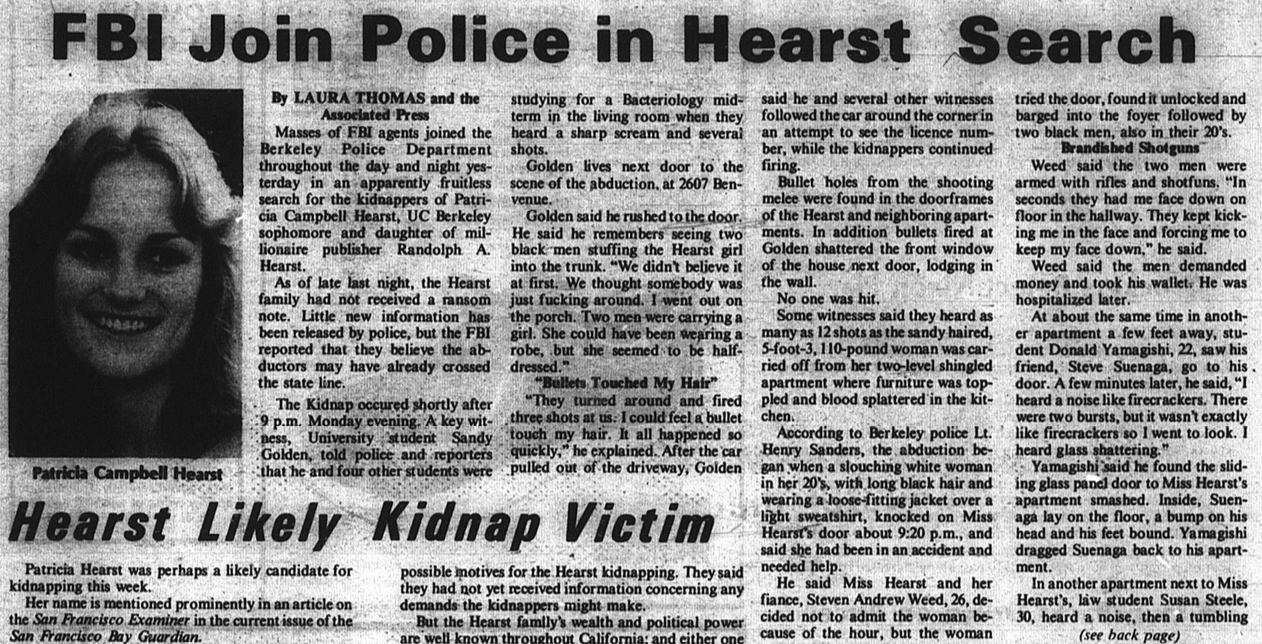 We were standing there and saw the story come about Patricia Hearst, a sophomore at Cal being kidnapped from her apartment the night before. We were stunned and said, “Oh, shit.” We didn’t know that she was a student on campus, but we knew we missed a huge story.

How did the Daily Cal impact your relationship and marriage?

We caught the tail end of the whole ‘60s counterculture scene at Berkeley, which was really from 1964 to 1975, so that is part of our shared history. It also gives us something to argue about. It was the Daily Cal that launched both of our lifelong newspaper careers. Having just seen the movie, “The Post,” we were reminded about how lucky we are to have started out in the eraofWatergate, when journalists were heroes and newspapers were seen as beacons of truth — even when they weren’t.

We met when we were in high school, but we started dating in college and joined the Daily Cal at the same time shortly thereafter. I was a news reporter and Raj was an arts reporter. We got married in August 2016. 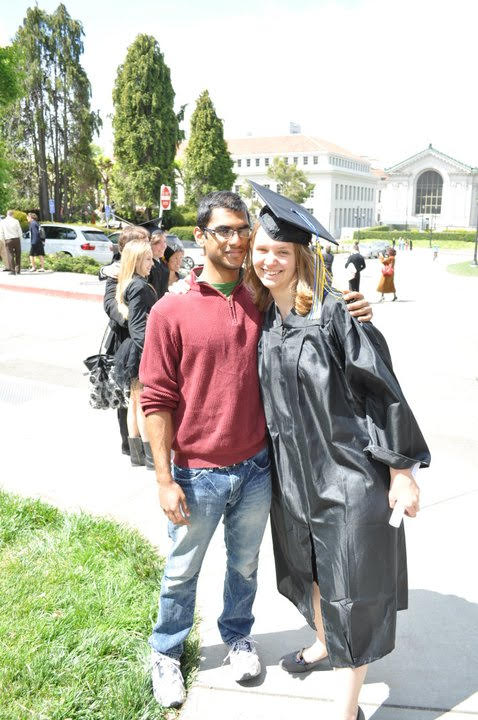 I don’t think we ever had a double byline, but I went to lots of concerts and shows with Raj that he wrote about. I don’t think he ever got any fringe benefits from my news reporting. I was the ASUC reporter one semester, and he would stay in the office late into the night waiting for ASUC meetings to wrap up (which they sometimes didn’t until the next morning).

After finishing our work at the paper in the evenings, we liked to go to Nation’s Giant Hamburgers on University Avenue and order breakfast food (twoegger, eggs scrambled, no meat and toast for me).

I saw a lot of good theater as Raj’s plus-one. We also walked through some questionable neighborhoods late at night to get to concerts. We also had great times just hanging out at the office.

After UC Berkeley, I got a job in the Silicon Valley, and Raj went to law school at UC Davis. We saw each other most weekends, but then Raj transferred to the University of Chicago. After a year, I started graduate school in Chicago too, and we moved in together. From there, we moved to Los Angeles and then to Washington, DC.

How did the Daily Cal impact your relationship and marriage?

We have a lot of fond memories of the Daily Cal and a lot of mutual friends that we met at the Daily Cal. Working there definitely made us closer.

David was amazed that the newspaper showed up every day and wondered who could possibly be behind it. A friend, Jim Branson, was at the Daily Cal, so David joined in his second semester of sophomore year. Ellen transferred in from UCLA, and they met somewhere across the city desk.

“David was sort of snarky,” Ellen said. “All newspapers used to be snarky, and there was a tremendous amount of guy stuff going on — it was like a fraternity with words.” David’s first thought about Ellen, on the other hand, was that she was smart, a good writer and cute. They went to the movies for their first date.

Memories from the Daily Cal?

The cumulative experience, day after day, was crafting a product that was well-respected and well-known throughout the campus community.

Ellen had a car, and so she would drive down to the printer with the guys. “They were like, ‘No, turn left, turn right, turn left!’ ” she said. “I didn’t grow up with brothers, so I wasn’t used to their teasing.” Later on, someone accused David of favoritism editing her pieces, and she ended up taking a job filing and doing administrative work instead of writing, which she remembers as a terrible decision but the only feasible one at the time.

David got to edit work by Jann Wenner, the co-founderand publisher of Rolling Stone. He wrote at the Daily Cal under a pseudonym that initialled “LSD,” about the drug and music scene, which he moved right over to the Rolling Stone.

Even though the Daily Cal wasn’t independent at the time, normal reporting was thorough and unrestrained. They were not prevented from honestly reporting university matters, and they only remember being called out for specific — usually sexual — things and vocabulary.

There were no double bylines, because David was an editor. There were some interesting things that happened on campus at the time. A faculty member’s wife wrote a letter to the editor about students hitting on the faculty member. It became a big story, and there were dozens of responses to the letter. There was also lots of Free Speech Movement coverage. There was no violence until after they graduated, but there were frequent demonstrations on campus. 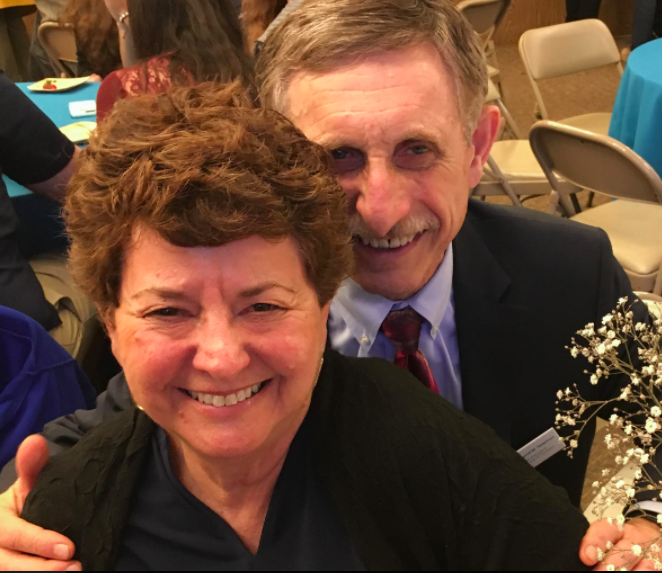 David recently retired after 43 years as an attorney for the Federal Trade Commission. His work there included both consumer protection and antitrust investigations and cases. He appeared in court on a number of occasions.

How did the Daily Cal impact you?

Ellen and David do partnerships well — something they credit to the Daily Cal — which came in really handy later when David became president of their synagogue. They started a communications program through it and worked well editing it together.

They also do fun things related to journalism. The Daily Cal impacted them “in weird ways.” They once made a mock newspaper as a present for Ellen’s dad’s 80th birthday, in which they all wrote stories about him, and made a movie. They still have the mock newspaper.

“What I learned from the Daily Cal is all I ever really learned in college,” said David. “I learned to investigate, find out what facts really are and do something which is convincing but not strident. Law isn’t very different.”